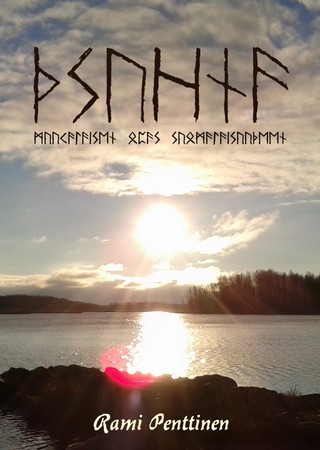 
The Movement in Finland

Within this general movement, important activities could be
undertaken in Finland. The Finnish parties are in an awkward
position, for there are considerable Russian military forces in the
country. On the other hand, the Finns do not simply want to be
annexed by Sweden. But the Swedes do not want to annex Finland :
they simply want to turn it into a buffer state, i.e. an independent
state. The Swedish party is a small minority in Finland. Therefore
attempts must be made, above all, to achieve an agreement between
the Swedish government and the more powerful Finnish parties,
amongst which the Social Democratic party is the most important.
This could probably be achieved by the Swedes' guaranteeing the
Finns the widest possible measure of autonomy and leaving it to them
to decide to which group of states they wish to attach themselves.
Once such an agreement is reached, preparations for a general
rising in Finland can be made quietly and systematically. The
Finnish Social Democrats have excellent organizations, similar to
those of the German Social Democrats, at their disposal. The
obstinate defence of its rights against Tsarist despotism has trained
the whole Finnish people in discretion and silent co-operation, in
which the difference of language also helps a great deal. All the
preparations are to be made secretly until some considerable wave
of strikes breaks out in Russia. This would be the moment for a general
rising in Finland. Because of Finland's large area, the Tsarist
government would be faced with the choice of breaking down the
military forces at their disposal into small, independent units which
could attack the various storm centres, or concentrating their forces
on the most important administrative and strategic points, thus
abandoning the country to the rebels. The former were the tactics
used by the Tsarists to defeat the revolutionary movement of 1905.
Numerous expeditionary forces were formed, both large and small,
and their commanders were given complete military and civil
powers. The plan was worked out in Petrograd by a special com-
mission, on which sat members both of the General Staff and of the
highest administrative bodies. The revolutionaries' executive was
well informed about the work of this commission, but was not able
to frustrate its plan. Nevertheless, it took the Tsarist government the
whole strength of its army and a period of two years to quash the
rising. If the Tsarist government were now to adopt the same course
in Finland, the Swedish army would have to intervene to protect
Finnish independence, for, while this course is probably the best way
to quash a rising, it makes the army absolutely defenceless against
the intervention of hostile forces. The Tsarist government will there-
fore probably decide for the second course and withdraw the army
to the administrative centres, i.e. to the coast and the railway just
behind. They may even destroy the railway links with Sweden. In
practice, the Russians will then only dominate the coast of the Gulf
of Bothnia. Masters of their own house, the rebels will then form a
National Guard, as in 1904 and 1905, take defensive measures, and
make other provisions to permit the Swedish troops entry, which may
have been complicated by the destruction of the railways. Naturally,
a great deal depends on the development of events in Petrograd.

The Finns could be of great service, even before the general rising.
They could provide information about the numbers, the disposition
and the movements of Russian troops in Finland, and about the
movements of the Russian navy. They could set up a signal service
for directing the activities of aircraft. (The Finnish custom of paint-
ing country houses, and especially their roofs, red would be useful
in this. An unpainted section on a red roof would act as a land-mark.)
They could also set up wireless telegraphy stations and make pro-
visions for blowing up bridges and buildings. Above all, they could
permit the Russian revolutionaries to communicate with Petrograd.
Since the country is very large, is immediately adjacent to the
Petrograd region, and has regular, hourly traffic to Petrograd, they
could set up an information and transport service, in spite of the
military occupation. Stores of arms could be built up, and arms, ex-
plosives, &c, smuggled across to Petrograd.

Negotiations with the Finnish government in Berlin have temporarily stopped. Finnish representatives demanded the entire coast from the Norwegian frontier, including Kola and Solovka to Alexandrovsk, then along the railroad to Lake Onega, along the lake to Lake Ladoga and further to the present frontier. Against evident facts the Finnish representatives insist that a state of war exists between Russia and Finland, drawing corresponding conclusions for retaining military booty. As result they demanded that all Russian military ships captured by Finland should be given to her gratis as well as all Russian military property. Finland likewise demanded that all the government property of Russia should be given to Finland gratis, excluding telegraph and telephone wires and land bought for money. The representatives also demanded that all obligations of Finland to Russia should be annulled, not only government debts, to which point we agreed, but that we should pay part of their military expenses, indemnification of losses caused by Russian troops after Finland’s independence was recognized. At the same time they refuse to pay losses of the Russian Government. As the Finns consider that there has been a state of war with Russia we attempted to agree on several points temporarily: establishment of a demarcation line, protection of private and property rights of citizens, to recognize in principle the rights of private persons to receive
[Page 585]
recompense for their losses. We proposed that these matters should be discussed by a commission formed of Russian and Finnish representatives, as well as the establishment of consulates, renewal of direct telegraph, postal, railroad and water communication and protection of trade. No answer was received for several days to our proposal and it was decided to postpone the work of the conference.